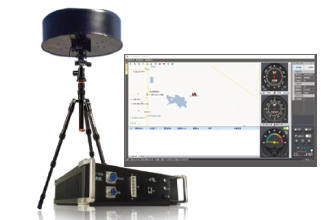 The Passive RF Detection system analyzes and identifies the remote control signal and data return signal of drones, detectes target and early warning.It has the ability to detect the location of both aerial targets and ground remote control devices at same time under visual conditions, tracking drone operator.

The Passive RF Detection system is ideal for use in urban, built-up environments where the line of sight may be obstructed by obstacles. It is also highly-suitable to “on the move” mode.

1、360°Omnidirectional coverage, the detection radius of a single device is more than 10 km

3、Signal analysis to DJI and other brand drone.

7、Samll, portable, easy to load and deploy on vehicle